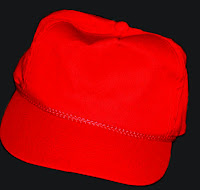 The idea of “Shoot Where You Are” for me, has a bunch of connected thoughts and perspectives that I want to explore and explain in some of my posts.

When I was about four or five years old I had a red satin hat that I used to put over my eyes. I always like looking thru things like colored paper, leaves, dishes, my Frisbee(which I could not throw properly). The red hat was the best of them all! I think it was quilted, the top was probably two layers sewn together with white on the inside. When I stood in the sun with that hat on my face the color was the coolest and brightest red that you can imagine. Then, my face would get too hot under there and my viewing would be cut short. There I was, a five year old kid with his hat on his face instead of his head. But hey I was standing still and not in some other mischief, mom was ok with that.

So that interest in seeing light glow though anything continues. Big things, little things, it doesn't really matter. And it doesn't matter where it is if you are ready to look and shoot and imagine. 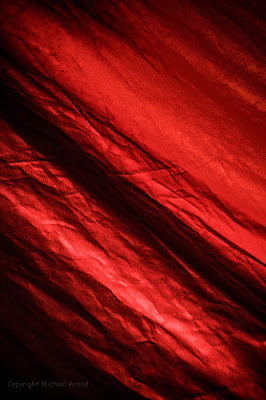 I was at COSI (a fun science place http://www.cosi.org/ ) a few years ago and saw a piece of RED material hanging near a display. It had light shining through it.