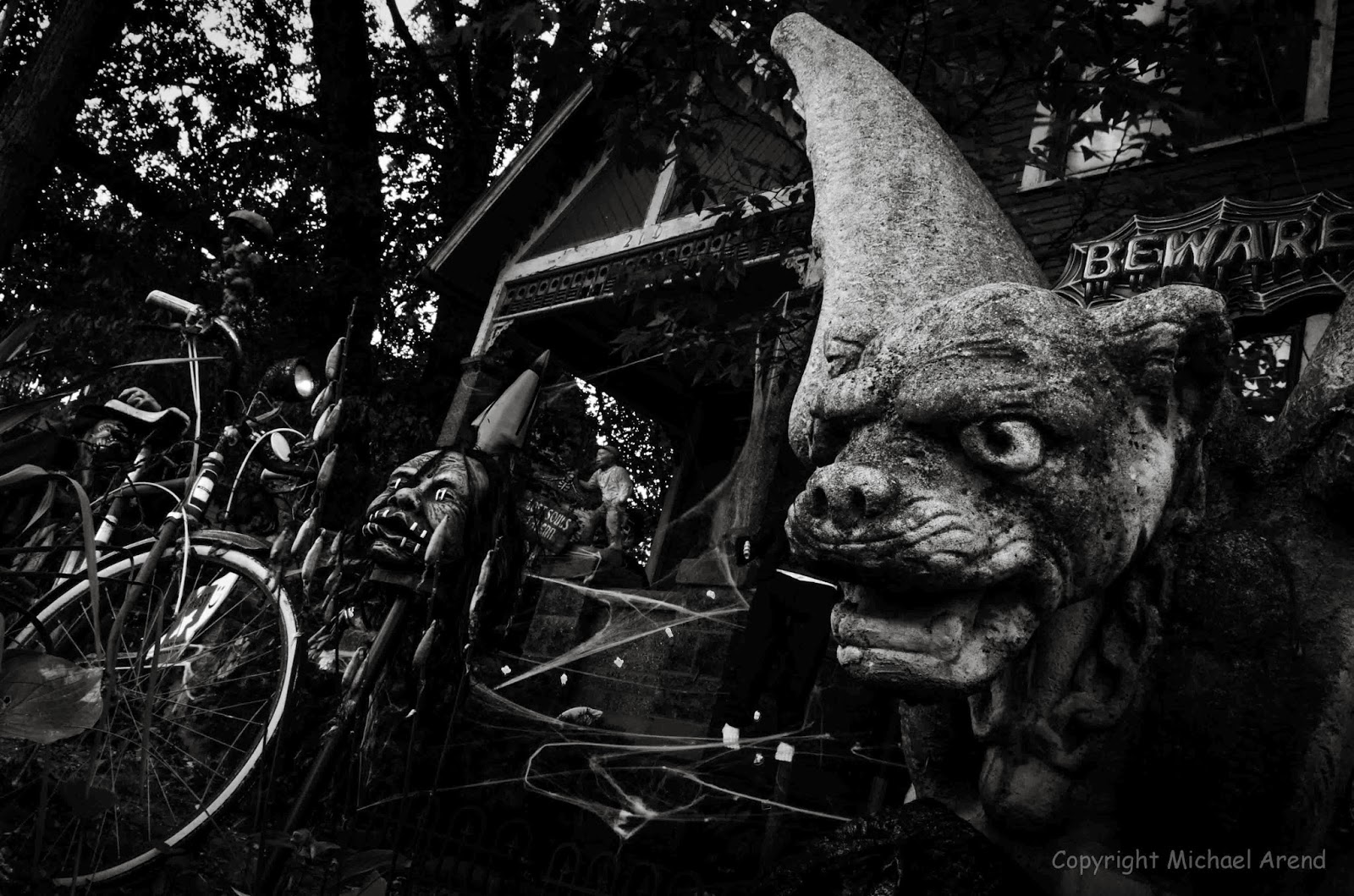 Last weekend I was coming back from Ft Wayne Indiana and I had taken a route that would take me through several small towns, one of them being Waterloo Indiana. I
had just come off the freeway and was going through the center of town. Suddenly I saw an amazing house decorated for Halloween. There was a large assortment of stuff including large stone gargoyles an iron fence and even a hearse. All of this I took in at a glance as I was driving by, it was getting dark but I decided to round the block and take a closer look (Shoot Where You Are). 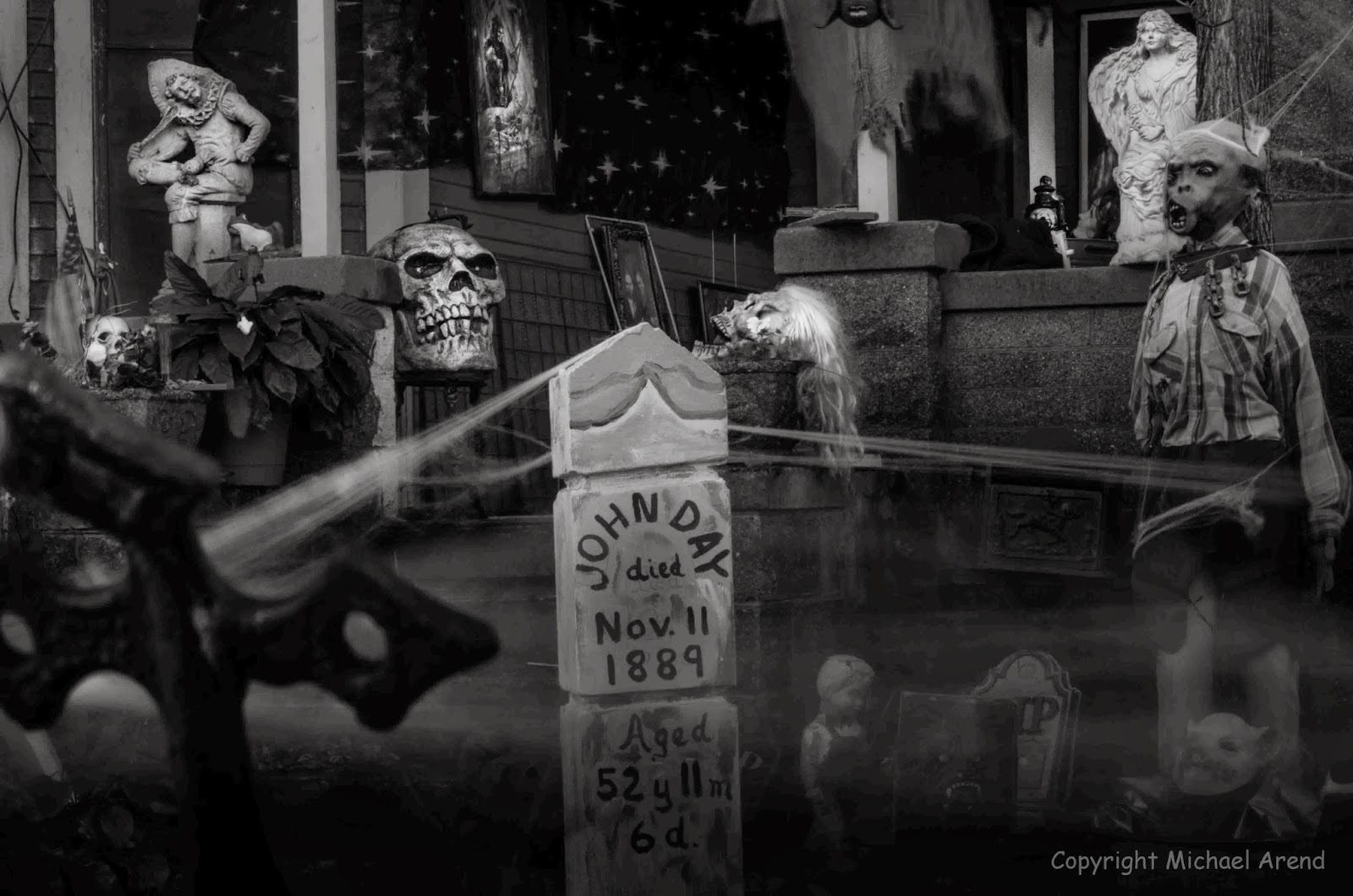 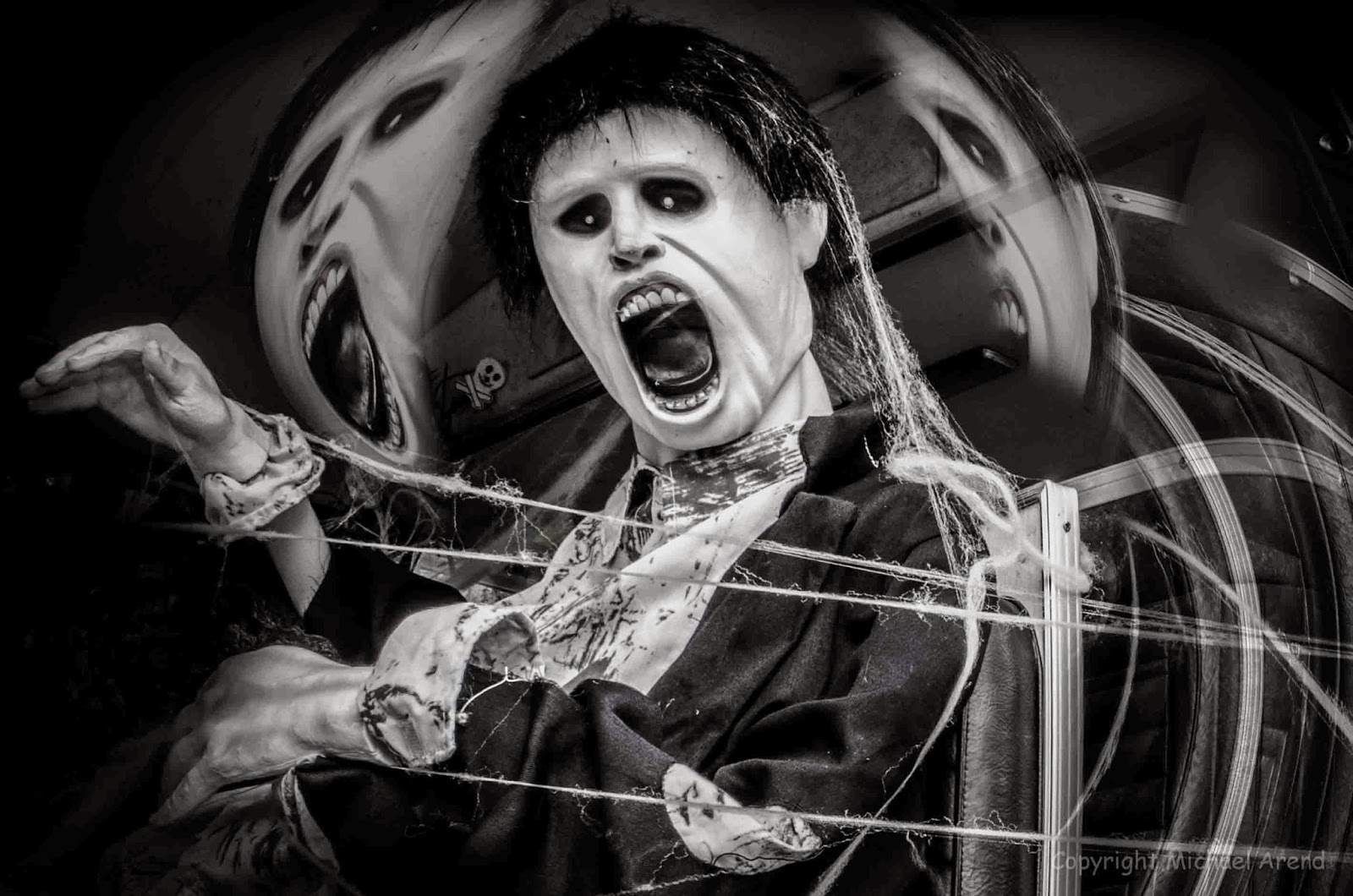 I found a little place to park near a garage/workshop and walked toward the house looking for someone that I might talk to. The garage itself looked interesting as though a tinkerer and collector of odd bits and pieces was in charge. I saw a man working on a car beside the shop and said hello. The guy popped up from his work and said hi, he looked like he could have just stepped off of a movie set, something like “Back to the Future”. He was very nice and said that his wife had put the display together. He had just purchased the hearse, and that also became part of the project with a theme of “don't text and drive”. His wife soon appeared and was more than happy for me to make some images and take the grand tour. The hearse was the first stop, they were still adding some final touches and signage about texting and driving. She told me that several teens had stopped by and told her that it was a cool idea and a good way to make a point about texting. 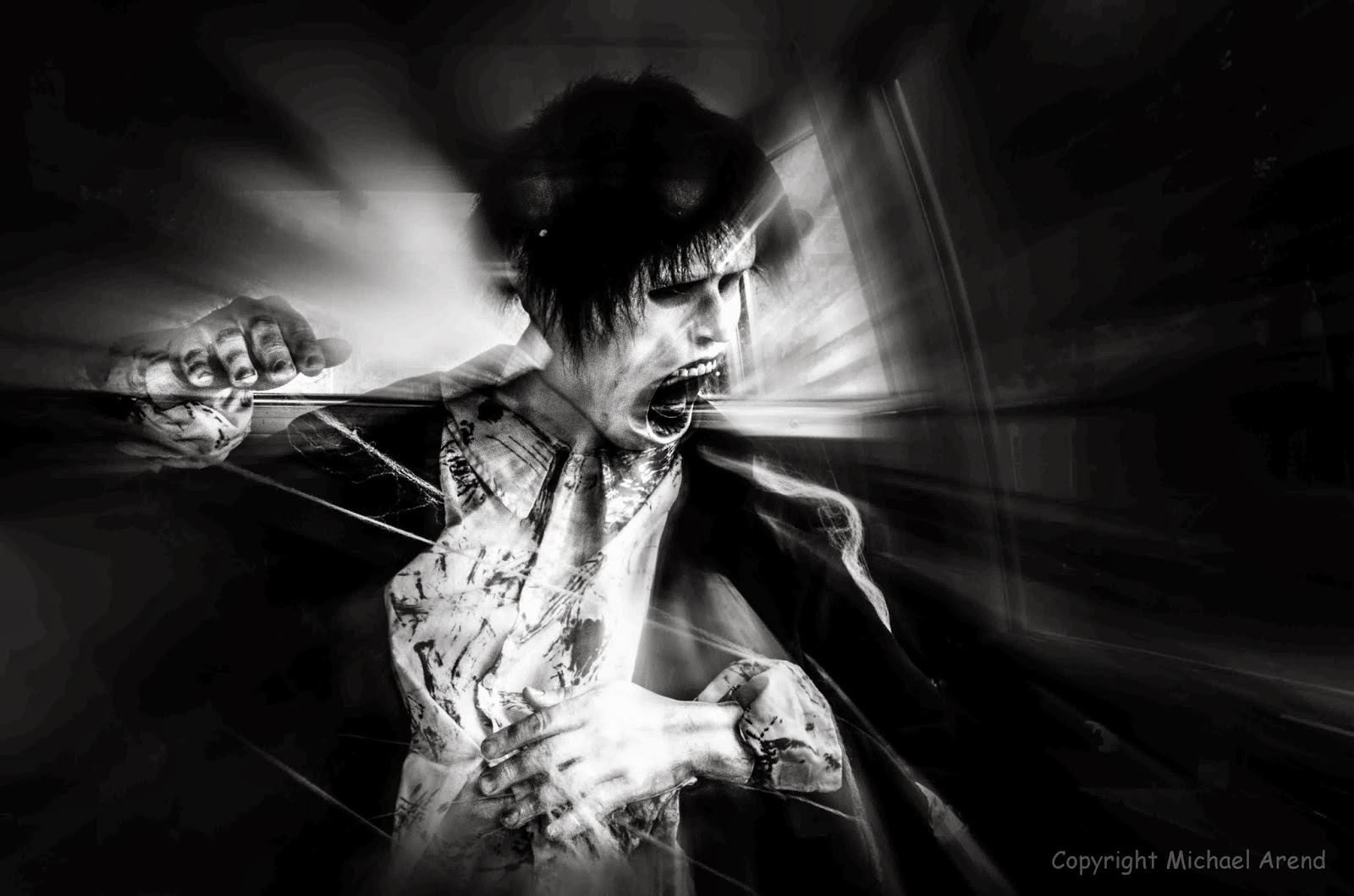 There was a number of common Halloween items but also a lot of quirky odds n ends, antiques and handmade props. The place was really interesting and also did not have any really graphic items, I would think 8 year olds and up would be OK with it all. 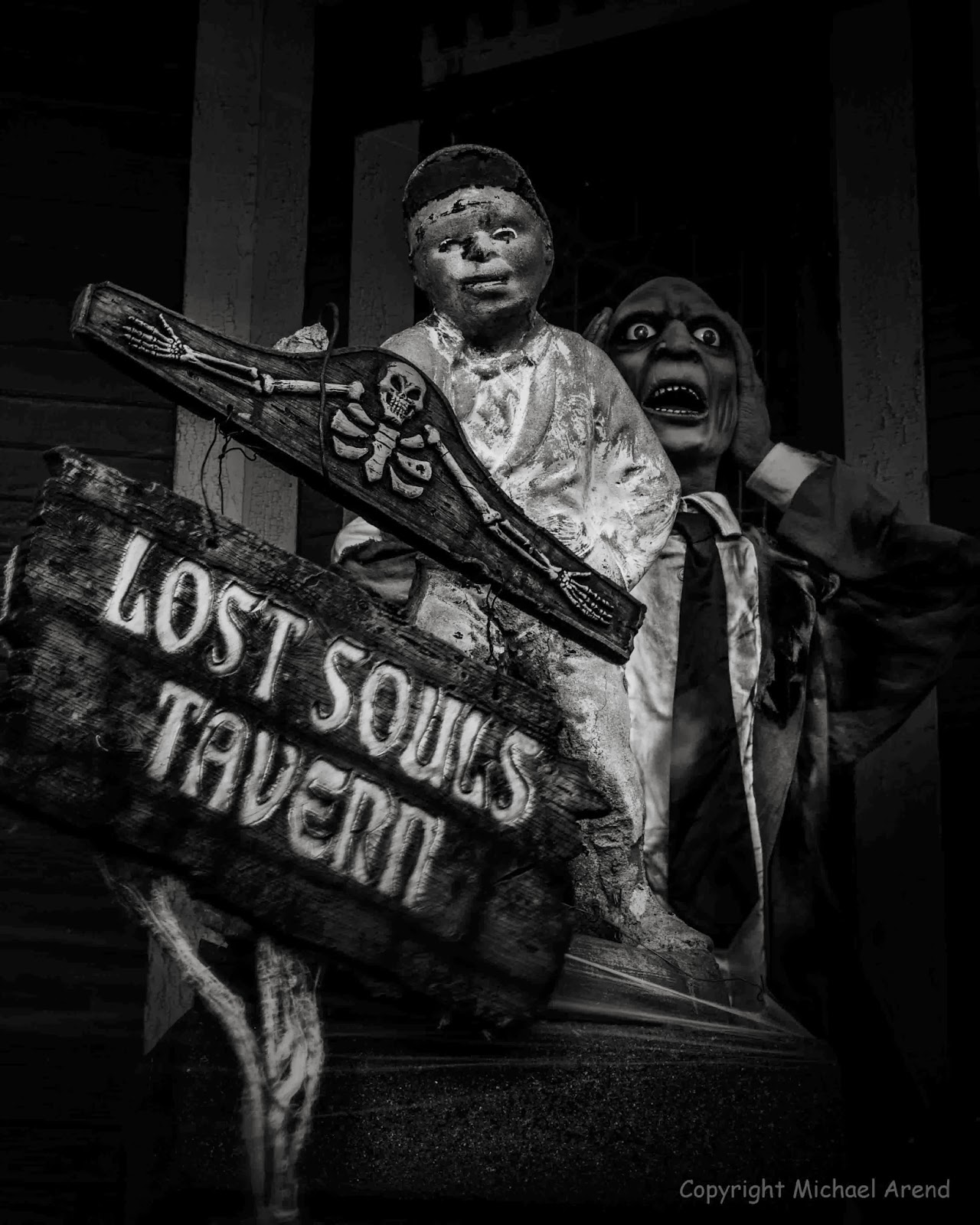 I don't really do scary stuff and I am no fan of most of the horror stuff out there, monster movies yeah, horror/slasher/antisocial..nah. All in all it was fun and I had a nice talk with some genuinely nice Halloween fans! 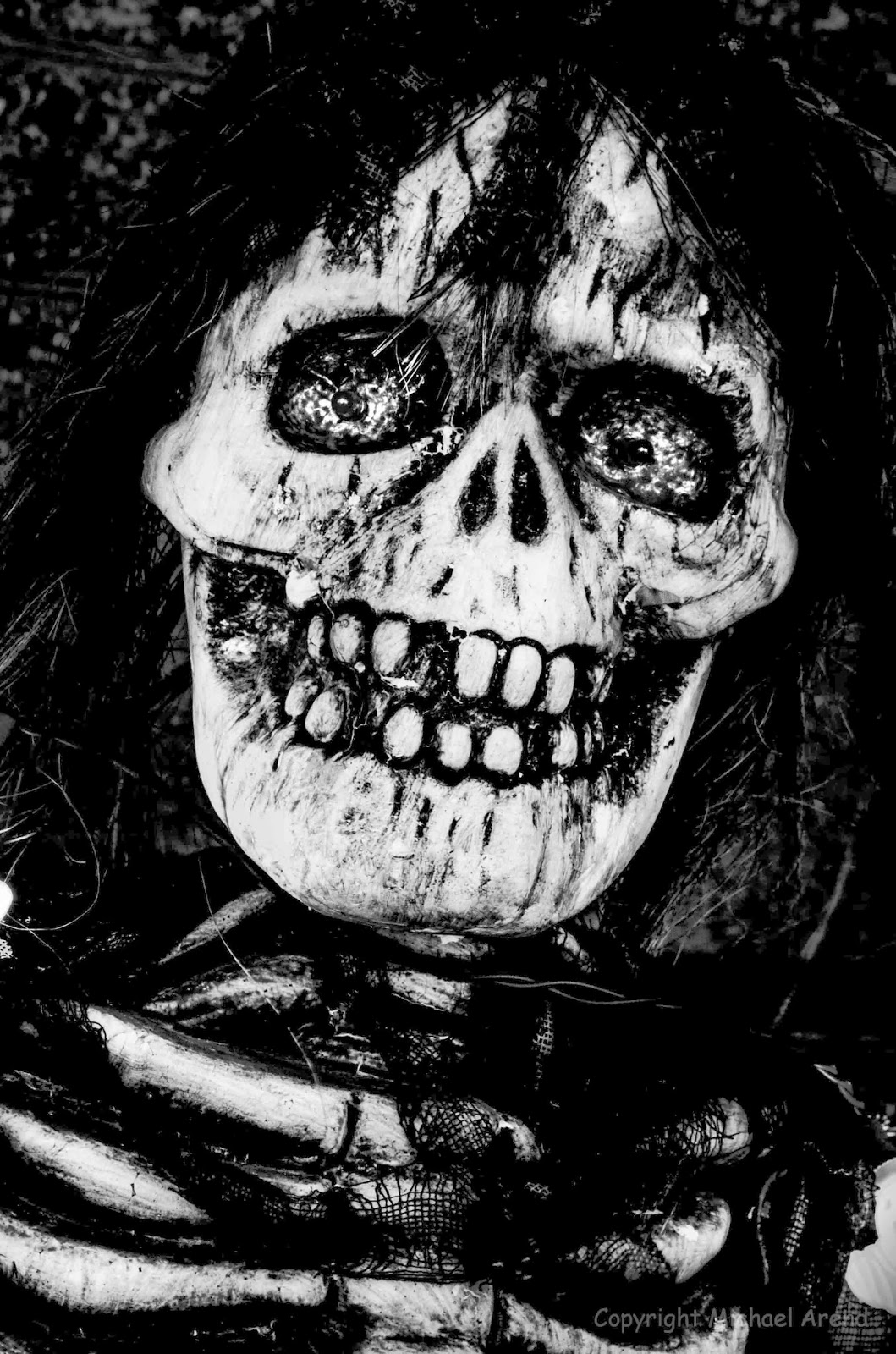